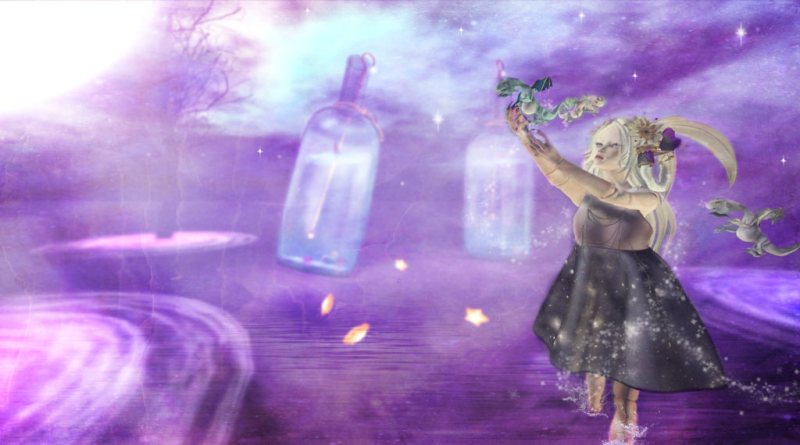 When we’re living as amateurs, we’re running away from our calling—meaning our work, our destiny, the obligation to become our truest and highest selves.” “Turning pro changes how people perceive us. Those who are still fleeing from their own fears will not try to sabotage us. They will tell us we’ve changed and try to undermine our efforts at further change. They will attempt to make us feel guilty for these changes. They will try to entice us to get stoned with them or fuck off with them or waste time with them, as we’ve done in the past, and when we refuse, they will turn against us and talk us down behind our backs.”– Steven Pressfield

How Your “Wow” Was Killed

Do you remember when you were little and you used to look up at the sky? You didn’t see the clouds (or maybe it was the stars) with your eyes. You saw it all with your imagination. You saw things that were only meant for you. And you felt there were things that only you could bring to this world. You felt infinite.  You were so full of wonder and “wow”. And, well, you felt pretty unstoppable.

And then you told people. And you figured those people would be just as excited as you. But they weren’t. In fact, some of them laughed. That laughter was the sound of your “wow” being killed. The air was slowly let out and your “wow” seeped out into the world, while your deepest dreams were left fermenting inside the magic of you. You started to fear there was something wrong with you. Every time you had an idea, there were those who tried to tell you it couldn’t be done.  People called you a dreamer. They told you to be practical.  They told you that you should want a simpler life.

And, then, the conditioning began. You copied those people and you learned how to let the air out of other people’s “wows”. You didn’t do it intentionally. But, the pain from your dreams seeping out didn’t want to see others have their “wow” either. Every time you didn’t really listen to someone or you got bored or you tried to tell someone all the reasons they shouldn’t do something, that it wouldn’t work. You killed their “wow.” You fed their dreams with fear because you were too scared to look at your own. But, your “wow” wasn’t just killed by others.

Craving replaced imagination during the times you tuned out in front of the TV. You let a desire for material things block the desires that were trying to break through inside of you. You believed them when they told you what success was. You numbed your creativity with alcohol, materialism, and worry. You see, those dreams didn’t die with your “wow”. They have always been there, trying to rise up, trying to get your attention.

But others weren’t the only one’s responsible for killing your “wow.” Your ego’s fear of love amplified other’s reactions. It caused you to react to other’s imaginary slights and betrayals. You used other’s disapproval as an excuse not to do what you were meant to. You see, your inner self has always been cheering you on. It gave you the power to dream, so that you could know what you were capable of.  But your ego, doesn’t want to be left out. So, it will do anything it can to distract you.

How To Protect Your “Wow”

It’s true. Not everyone in your life is going to encourage you. Only share your innermost self with those you can trust. Surround yourself more with the friends who are happy for you.  Surround yourselves with others who are following their life purpose, not ones who will try to distract you from adding your light to the world.

Remember when you were a kid and you used to run as hard as you could down the diving board and with all the passion in the world you’d do a cannonball or, um, sometimes a belly flop? Was it the end of the world? No, you laughed through it all. Yes, sometimes in life when you follow your “wows”, they aren’t always going to work. But, it’s your choice. You choose whether you will be afraid of the diving board or whether you will laugh your ass off, running and jumping, and doing it again.

Sometimes we take ourselves so seriously. When you go to a restaurant, and the waitress asks if you want ketchup, and you say, “no”, does she throw away all the ketchup? Does she let her feelings get hurt because you didn’t want any? Are you really going to change your dream because one or two people said no? Honey, you have a lot bigger something than a few people waiting for you to bring us your dream. You have the whole world waiting on you.

4. Stop hiding from yourself.

Fear is the biggest killer of your “wow”. Fear doesn’t want you to follow your dreams. Fear doesn’t want you bring more love and light into this world. Your ego will latch on to every fear that tells you why something can’t be done. And fear gives people plenty of things to use to push those dreams down. Television and the internet has told people what success is, what beautiful is. Alcohol has caused people to numb themselves from the pain of not listening to their hearts. Strip down to your core and figure out what it is you want to bring to this world and stop making excuses.

Instead of listening to our own hearts and taking control of our own lives, another way to numb ourselves to our own “wow” is to become the expert on someone else’s life. We can help block so much fear by being supportive of one another.

If someone is excited about something, get excited with them.  If you don’t feel excited about it, then get interested. You don’t have to fake excitement to show someone that you care. Ask questions about what they are excited about.  Don’t give your opinions unless you are asked for it. (And if they ask your opinion, yes, give an honest one, even if it’s one they may not want to hear, but do it gently.)

The thing is you don’t know what’s best for another soul. They have their own journey they are meant to take. And, yeah, they may be about to fall flat on their face. Well, guess what? You can be there to offer your hand when they need to get up again. You can be there to help remind them of the wonder that got lost along the way.  And, maybe, just maybe, you can laugh your asses off.

Liked this article? For more information on figuring out what your dreams are and how to make them happen, check out my book,“Dreamcatcher: The Magic Of Living Your Dream Life.”